13. The Pool Of Siloam—Connecting Sukkot And The Messiah

While enjoying the delightful movie, Ushpizin, I laughed out loud when the family’s uninvited guest sliced the expensive etrog—a citron reserved for Sukkot—and casually ate it. Clearly, he had no clue to its significance!

Although the movie’s English subtitles translate the Hebrew, the movie leaves the traditions of Sukkot, or the Feast of Tabernacles, for the viewer to decode. 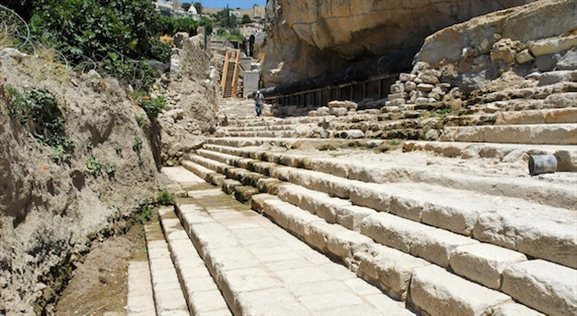 How puzzling the holiday must seem to those unacquainted with its modern customs—much less its biblical foundations.

Of all places, an ancient pool in Jerusalem helps us connect Sukkot with its ultimate fulfillment.

Sukkot (The Feast Of Tabernacles)

Sukkot marked the most joyful of the biblical feasts, because the harvest’s labor finally ceased. In gratitude to the Lord for His provision, the people would begin their hope for the latter rains.

The original purpose of feast centered on an essential reminder:

Sukkot provided a time to remember how God had delivered His people from bondage and how He had provided for them in the wilderness. 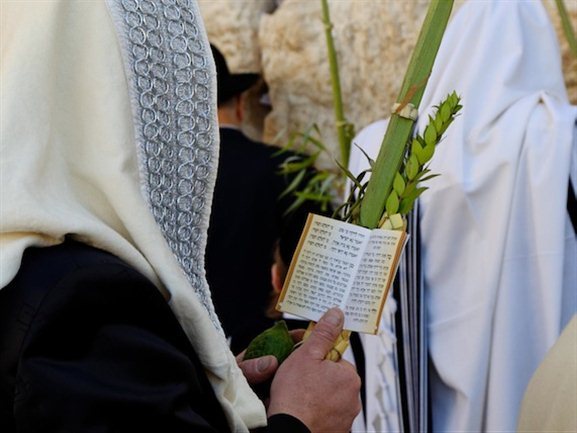 Photo courtesy of the Pictorial Library of Bible Lands. (BiblePlaces.com)

The “Four Species” Of Sukkot

During the Second Temple period, the Sadducees understood the Bible’s command to take branches of “leafy trees and willows” (Leviticus 23:40) as the building materials for their booths. The Pharisees, on the other hand, interpreted the foliage as what the worshippers would carry in their hands. Jews observe both customs today, and the Mishna describes in exacting detail how they should construct their booths.

·         The rabbis identified the “fruit” of Leviticus 23:40 as the etrog—a citron which the worshipper would carry in the left hand.

·         The right hand would hold three species of branches—the palm, the willow, and the myrtle. 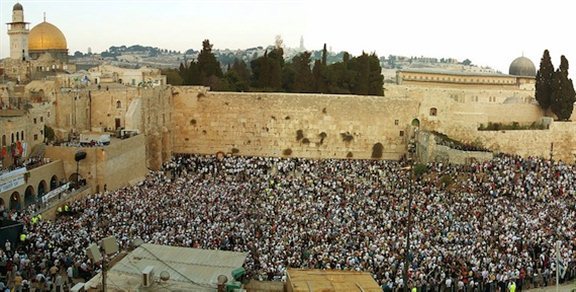 Every year in modern Jerusalem, Sukkot draws hundreds of thousands of worshippers to the Western Wall—all holding the Four Species in their hands.

Sukkot And The Pool Of Siloam

In addition, the Feast of Tabernacles required sacrifices of sin offerings and burnt offerings. At the time of preparation for the morning sacrifice, a priest would descend to the Pool of Siloam—amidst great music, celebration, and singing of Isaiah 12:3—and fill a golden pitcher with water.

After dipping his pitcher in Siloam’s water, the priest would return to the Temple Mount and pour the water into one of the silver basins by the altar. “Raise your hand!” the people would shout to the priest so that they could see he indeed poured the water into the basin.

“He who has not seen the rejoicing at the Simchat Bet Hasheavah [the water drawing ceremony], has never seen rejoicing in his life” (The Mishna, Sukkah 5:1).

Around the year 95 BC, the Maccabean king and priest Alexander Jannaeus revealed his contempt for the Pharisees by pouring the water on the ground instead of into the basin. For this, the people hurled their etrogs at him! 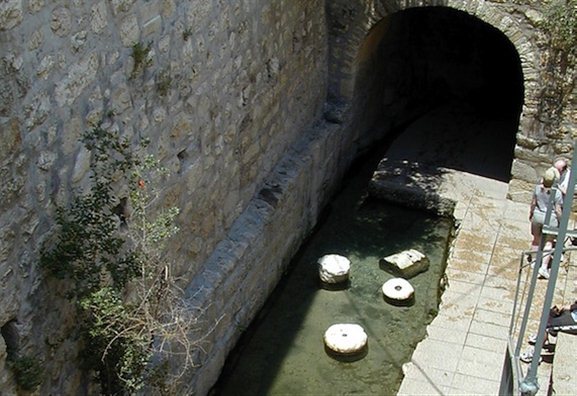 Photo: The upper Pool of Siloam. Courtesy of the Pictorial Library of Bible Lands. (BiblePlaces.com)

For many years the Pool of Siloam was thought to be the upper pool beside the exit of Hezekiah’s Tunnel. Discovered near the turn of the 20th century, this pool dates only to the fifth century AD. Workers accidentally discovered the true Pool of Siloam from the Second Temple period in 2004 while digging a sewer line. Archaeologists have uncovered only a portion of this lower pool, exposing the entire north side—more than 225 feet long. Tourists can visit there today.

Anybody who has ever gone camping knows that we forgo major conveniences to do so. The Feast of Tabernacles required similar sacrifices, and it remains a timeless reminder of the fact that everything we possess—both physically and spiritually—comes from God.

Devotional Thought For The Pool Of Siloam And Sukkot

In addition to looking backward at God’s historical blessings on Israel, Sukkot looked ahead to the time when all nations will celebrate the Feast of Tabernacles in Jerusalem in honor of Israel’s reigning Messiah (Zechariah 14:16-21).

Perhaps for this reason, during the Second Temple period one year, on the last and greatest day of Sukkot, Jesus drew upon this tradition of pouring water to illustrate a point:

“If anyone is thirsty, let him come to Me and drink. He who believes in Me, as the Scripture said, ‘From his innermost being will flow rivers of living water.’”—John 7:37–38

Comparing physical thirst to spiritual thirst, Jesus offered the promised Holy Spirit to anyone who would believe in Him. The people had sung the words of Isaiah 12:3: “Therefore you will joyously draw water from the springs of salvation.” Isaiah prophesied of what Israel would sing of the Lord “on that day”—during the Millennial Kingdom. Try reading Isaiah 12 in that context. Its 6 verses are powerful!

Jesus offers that same salvation today to anyone who will believe in Him for forgiveness of sins.