12. The Kidron Valley—Your Burial Can Point To Your Faith

Do you know where you’ll be buried?

The place where someone chooses to get buried is always significant.

·         The place where one’s ashes are scattered or stored often holds a special association.

·         Even unknown soldiers who die in battle occasionally receive a prominent interment. 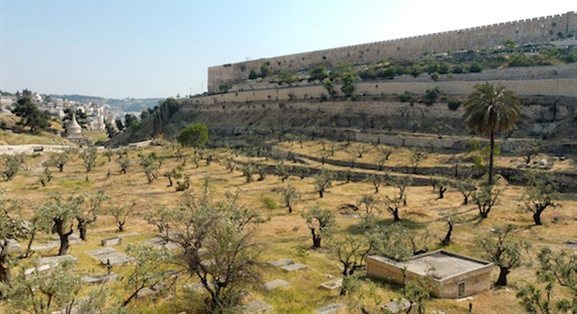 Photo: The Kidron Valley with olives trees and graves. Courtesy of BiblePlaces.com

But in Israel, a burial place often exposed one’s faith. The tombs beside the Kidron Valley bear witness to this truth.

Each one offers a connection to resurrection.

The closest that most Jerusalem visitors get to the Kidron Valley comes by driving over its bridge near the Garden of Gethsemane. A quick glance north and south—and it’s over.

The valley is best seen, however, with the feet.

After crossing the street in front of the Church of All Nations, the path descends below street level to the valley floor. Suddenly the eastern wall of the Old City looms large and Jerusalem’s military advantage comes into view. 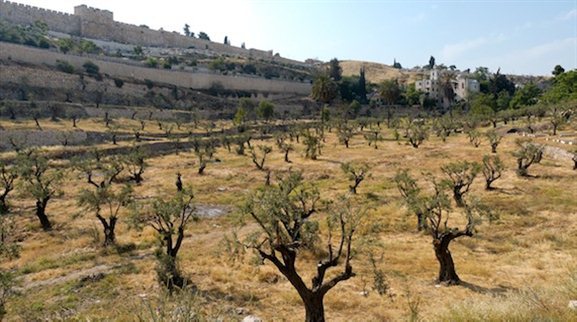 Photo: Photo: The Kidron Valley and the Old City Walls. Courtesy of BiblePlaces.com

In antiquity, the Kidron Valley—referred to in the Scriptures as a “brook”—would have been even deeper than today, channeling water most of the year (2 Samuel 15:23; 2 Kings 23:6; John 18:1). Even today, the valley still drains all of Jerusalem’s valleys to the Dead Sea.

Tombs In The Valley

·         The first is topped with what looks like an upside-down funnel. Arabs refer to it as “Pharaoh’s Hat,” but the more popular name is “Absalom’s Pillar,” or “Absalom’s Tomb.” We have the tenth-century Benjamin of Tudela to thank for this misnomer, based on 2 Samuel 18:18 where Absalom “set up for himself a pillar which is in the King’s Valley.” The edifice has nothing to do with Absalom, but it represents a first-century funerary monument contemporary with the Second Temple and the time of Jesus. It’s amazing it survived the destruction of the city in AD 70.

·         Further south, near southeast corner of the Temple Mount, the pathway winds and another funerary monument comes into view. Older than Absalom’s Pillar, this monument has a pyramid-shaped top and carries with it the name, “Zachariah’s Tomb.” The tomb has also been attributed to Saint James, but a Hebrew inscription links it to the priestly family of Hezir (1 Chronicles 24:15). 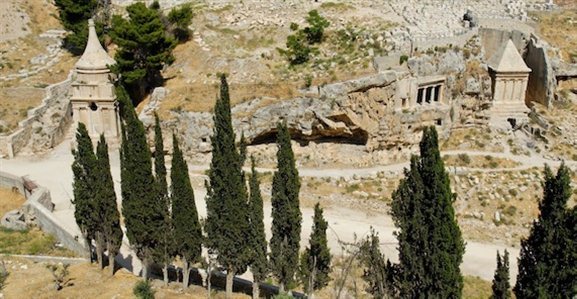 Photo: Pillar of Absalom and Tomb of Zechariah in Kidron Valley. Courtesy of BiblePlaces.com

No visitor to the Kidron Valley can miss the innumerable tombs that surround it.

·         Beside the valley, the Mount of Olives holds the largest Jewish graveyard in the world.

·         The valley’s western slope has Muslim graves, purportedly to defile the Jewish Messiah when He tries to enter the bricked-up eastern gate.

·         Further south alongside the valley, the village of Silwan has tombs with gabled ceilings, as well as the alleged “Tomb of Pharaoh’s Daughter,” and the Tomb of Shebnah, King Hezekiah’s scribe (2 Kings 18:18).

·         The Hinnom Valley, which drains into the Kidron at the southern end of the City of David, has its own myriad of tombs—not the least which may include the monument of Annas, the high priest and father of Caiaphas mentioned in association with the trial of Jesus (see Josephus, War 5:506 and John 18:13).

Walking through the Kidron Valley is more than a stroll beside the Old City walls and beautiful olive trees. It’s even more than a lesson in archaeology. The tombs that dot the slopes give each visitor a connection with the temporary lives and the eternal hopes and faith of the thousands of individuals whose remains await the future. 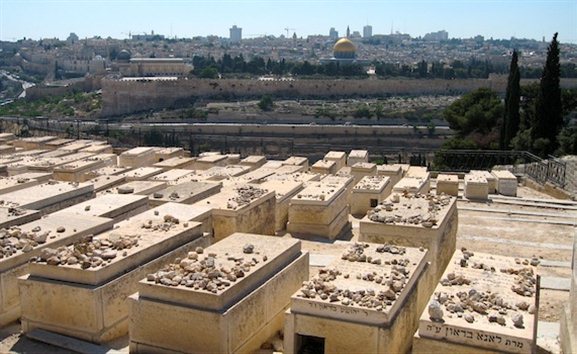 Photo: Thousands of Jewish grave slope down into the Kidron Valley, the “Valley of Jehoshaphat”

Devotional Thought For The Kidron Valley

The question as to why so many graves line the slopes of the Kidron Valley points to a conviction as old as the Hebrew people.

At the top of the hill that slopes into the valley, a sign points to a set of tombs as belonging to Haggai, Zechariah and Malachi. Although archaeology doesn’t connect the first-century kokhim (shaft) tombs with the sixth- and fifth-century B.C. prophets, it is interesting that Zechariah would allegedly rest on the top (and at the bottom) of the Mount of Olives. For here he foresaw Israel’s Messiah coming to judge the world (Zechariah 14:3-12). The New Testament gives further insight to this event at the same location (Acts 1:11-12; Revelation 19:11-21). The Kidron Valley is likely the place the Prophet Joel referred to as the “Valley of Jehoshaphat”—where “the Lord judges”—and “the valley of decision” (Joel 3:2, 12, 14).

The thousands of white Jewish tombs that slope into the Kidron Valley give testimony to the hope that when the Messiah comes, “His feet will stand on the Mount of Olives” (Zechariah 14:4), and those buried there presume they’ll stand first in line for blessing. Jesus ascended to heaven on the Mount of Olives and will one day return to earth there. Of course, faith in the Messiah is the key to salvation—not where you’re buried.

Nevertheless, how you choose to be buried can be a testimony to your faith in Jesus Christ. Here are 3 ideas: