1. Beersheba—The Last Stop And A Point Of Beginning

Just say the name, “Beersheba,” and images come to mind of an old, crusty patriarch leaning on his staff in the dry winds of the wilderness.

I imagine Abraham squinting through the head covering that shelters his wrinkled face and thirsty lips. He scans the barren Negev for thieves. 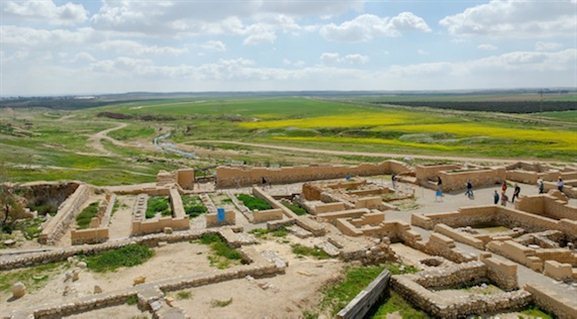 Not for thieves who would take his flocks or possessions, but for those who would steal water—the Negev’s most precious and indispensable commodity.

Beersheba epitomizes the faith God required to live in the Holy Land. Standing in the arid winds of Tel Beersheba, the truth seems both overwhelming and irresistible.

God used this unassuming, barren place to shape some of the most significant lives in the Bible.

Beersheba Steps On The Scene

With little rainfall, the area relied on wells for water. In fact, it was because of a well that Beersheba first appeared on the pages of biblical history.

Abraham paid the price of seven ewe lambs to secure ownership of a well at Beersheba.

Beersheba served as the last stop on the road called “The Way of the Patriarchs.” This ancient highway stretched along the watershed of the Hill Country and received its name from the patriarchs who traveled north and south along it.

The road dead-ended at Beersheba.

Because the ancient site was the last stop, it remained the proverbial southern border throughout the history of biblical Israel.

Repeatedly in the Scriptures, the phrase, “from Dan to Beersheba,” outlined the practical north-south borders of the nation (Judges 20:1; 2 Samuel 24:2; 1 Kings 4:25).

·         Even the bishop of Caesarea, Eusebius, writing his Onomasticon around AD 313, still defined Beersheba (“Bersabee”) as Judea’s southern boundary.

·         Similarly, after modern Israel became a nation in 1948, many immigrating Jews settled in modern Beersheba (not far from the ancient site), making it the fourth-largest city in the nation. 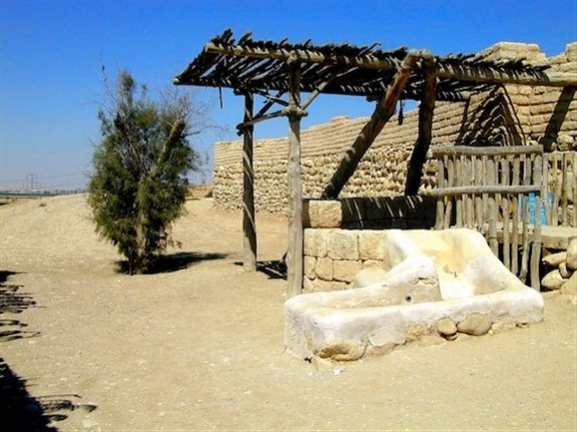 What To See At Beersheba Today

Visitors to Tel Beersheba today can regain a sense of the patriarchs’ resolve by standing atop the tower that allows a birds-eye view of the ruins. Hot, dry, dusty—the area is a perfect picture of the word, “desolate.”

·         Before entering the outer gate of the tell, I passed a tamarisk tree and a well. Both of these items again bring to mind Abraham, who planted a tamarisk and dug a well at Beersheba (Genesis 21:30-33).

·         Inside the gate and to the left is a spot with several steps. Here a large altar may have stood during the time of Josiah. Archaeologists unearthed at Beersheba a large, horned altar that someone dismantled. It is possible this destroyed sandstone altar represents the results of King Josiah’s religious reforms (2 Kings 23:8). You can see this altar in the Israel Museum today.

·         Meandering through the ruins, I observed remains from a typical Israelite four-room house, a pillared building used as stables, and a set of large, circular stairs leading underground to a major water system. A painted black line runs horizontally across many of the ruins, separating the original walls below the line from the reconstructions built on top of it.

As the last stop before the ancient wilderness, Beersheba became also—ironically—a point of departure for many spiritual journeys. Abraham, Hagar, Jacob, and Elijah all experienced life-changing encounters with God in association with Beersheba (Genesis 16:8; 21:17; 46:3-4; 1 Kings 19:3).

As Jacob and the Hebrew children were leaving Canaan to enter Egypt at Joseph’s invitation, they came to Beersheba. God spoke to Jacob in a dream, telling him four truths:

In our own lives, we need to hear these principles as well. Consider where God is leading you right now. Now read God’s promises to Jacob at Beersheba.

By principle, they are also God’s promises to you as well.