The Continuing Controversy over Stem Cells

A conservative Christian perspective from a Ph.D. in biology, Probe's Dr. Ray Bohlin, on the ethical problems of embryonic stem cell research.

Stem cell research grew into a major issue in the 2004 election and will continue to be discussed and argued for years to come as research continues to make progress. Unfortunately, most people continue to be misinformed about the real issues in the discussion.

Most articles in the media fail to distinguish between the different kinds of stem cells and the different ethical questions each of them presents. Several states either already have or are working to get around federal restrictions on embryonic stem cell research in order to keep the research dollars at their state research universities.

So the controversy has far from abated. In order to think our way through this we will need some basic information. First, we need to understand some things about stem cells in general and the types of stem cells available for research.

There are over one trillion cells in your body. Most will only divide a few times. For instance, when you were born you basically already had all the brain and neural cells you would need. As you grew, those cells simply got bigger. However, other tissues need a constant renewing of cells. The lining of your intestines, stomach, skin, and lungs constantly slough old cells and need replacements. Your blood cells constantly need replacing. In these kinds of tissues, specialized stem cells continually produce new cells. 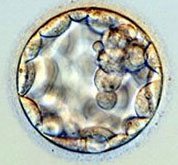 The Promise of Adult Stem Cells

What is the overall hope for stem cells? Why are they so sought after?

Essentially, it is hoped that stem cells can be used to treat and even cure diseases like diabetes, Parkinson's, Alzheimer's, and brain and spinal injuries. These are primarily degenerative diseases where certain cells no longer function as designed due to genetic defects or injuries. Generally it has been believed that embryonic stem cells offer the most hope since we know they can become any cell in the body.

But embryonic stem cells require the destruction of the embryo where adult stem cells can be harvested from the individual that needs to be treated. First, this involves only informed consent and is ethically non-controversial. Second, since the person's own cells are used, there is no chance of rejection of the cells by the patient's immune system.

In the last few years important discoveries have been made concerning certain types of adult stem cells. Essentially, we have learned that adult stem cells can switch tissues. Bone marrow stem cells seem to be the most versatile. They have been coaxed to generate new muscle, neural, lung and other tissues.

In January 2002, a group from the University of Minnesota announced what they called the ultimate adult stem cell. In creating an immortal cell line from bone marrow stem cells, early tests showed that these stem cells could become either of the three early tissues in an embryo that eventually lead to all the cell types of the body. This showed that adult stem cells are far more versatile then previously believed.

Last year the National Institutes of Health spent $190 million on adult stem cell research and $25 million on embryonic stem cell research. Clinical trials are already underway using bone marrow (adult) stem cells for treatment of heart attacks, liver disease, diabetes, bone and cartilage disease, and brain disorders. Adult stem cells can even be injected intravenously in large quantities, and they will migrate to where the injury is located. With such promise coming from adult stem cells it is hard to justify the use of problematic embryonic stem cells.

The Promise and Peril of Embryonic Stem Cells

Embryonic stem cells have always held the greatest promise for research and therapies because we know for certain that they can become any of the over 200 types of cells in the body. All we needed to do was learn how to control their destiny and their potential for unlimited growth.

As mentioned previously, the major ethical problem with embryonic stem cells is that the early embryo, the blastocyst, must be destroyed in order to retrieve these cells. It is my firm conviction that this earliest embryo is human life worthy of protection. Once the nucleus from sperm and egg unite in the newly fertilized egg, a biochemical cascade begins that leads inevitably to a baby nine months later as long as the embryo is in the proper environment.

But there are other problems aside from the ethical barrier. The proper chemical signals to direct stem cells to turn into the cells you want are unknown. This is certainly the goal of research. Human embryonic stem cells have been coaxed to differentiate but since nearly all of the experimental work to date has been done with embryonic stem cells from embryos leftover in fertility clinics there are immune rejection problems. These foreign cells are treated like they were from an organ donation.

Additionally, these cells are programmed to undergo rapid cell division. In China a man with Parkinson's was treated with human embryonic stem cells which turned into a tumor (teratoma) in his brain that killed him. The power of these cells is also a source of their peril.

In summary, embryonic stem cells possess uncertain promise. They require the death of the embryo. All therapies with any kind of stem cell are experimental and may not work. Right now, too much is being promised, and coverage in the media has been biased toward embryonic stem cells and is inaccurate.

When these difficulties and question marks are considered in the light of the exciting promise of adult stem cells, which are already producing positive results in human clinical trials, the pursuit of embryonic stem cell research is questionable at best. Just recently a major U.S. journal reported that bone marrow stem cells show great promise in treating the diseased lungs of cystic fibrosis patients.1 CF is the most common fatal genetic disorder in the Caucasian population. Adult stem cells continue to outperform embryonic stem cells.

Stem Cells and the Last Election

The first human embryonic stem cells were isolated from embryos donated from fertility clinics in 1998. Prior to that, Congress had passed--and President Clinton had signed--legislation that prohibited the use of federal money for the destruction or use of human embryos for research purposes. This was seen as worthy even for pro-choice advocates because no one wanted to go down the road of using even the earliest human life for research purposes.

When President Bush took office in January 2001, pressure had already come from the medical research community to revise this restriction so federal grants could be used to explore this promising research avenue. Adult stem cells were still viewed as being too restricted for general research use in humans. In August 2001, President Bush issued his now famous compromise of allowing federal funds to be used to research embryonic stem cells already isolated from human embryos, but keeping in place the restriction for using federal dollars for destroying human embryos to obtain additional cell lines.

The events of September 11, 2001 quickly removed this controversy from the public's attention, but the 2004 presidential election brought it back front and center. The Bush administration, supported by the President's Council for Bioethics, continued to argue against federal money for the destruction of embryos.

The Kerry campaign seized what they saw as an opening and began claiming that they would lift the ban on stem cell research. They enlisted Ron Reagan to deliver this message at the Democratic National Convention in July, 2004. Ronald Reagan had recently passed away from Alzheimer's, and many were claiming that embryonic stem cell research could bring a cure for Alzheimer's disease.

Second, researchers had already testified on Capital Hill that Alzheimer's was likely not curable by treating the brain with stem cells since it was considered a whole brain disease and cell replacement would not do much good. The media just couldn't get it right.

The Distortion and the Hype of Embryonic Stem Cells

When we think about saving lives we must count the cost. Is relieving the symptoms of disease worth the cost of the lives of the weakest and most defenseless members of society? Treating embryos with careless disregard will lead to further abuses down the road.

One of the problems with embryonic stem cells was the possibility of immune rejection. To avoid this, many want to clone the affected individual and use the embryonic stem cells from the clone. But this treats the human embryo as a thing, a clump of cells. The basis of this ethic is strictly "the end justifies the means." Even the term "therapeutic" is problematic. The subject is destroyed.

Many try to get around the destruction of the embryo problem by claiming the blastocyst is just reproductive cells and not a person. Medical mystery writer Robin Cook gave us an example in his most recent thriller, Seizure.2. In the book a medical researcher appears before a Senate committee and says, "Blastocysts have a potential to form a viable embryo, but only if implanted in a uterus. In therapeutic cloning, they are never allowed to form embryos. . . . Embryos are not involved in therapeutic cloning."3 Hm!

Later in the epilogue, Cook, who is an MD, says, "Senator Butler, like other opponents of stem-cell and therapeutic cloning research, suggests that the procedure requires the dismemberment of embryos. As Daniel points out to no avail, this is false. The cloned stem-cells in therapeutic cloning are harvested from the blastocyst stage well before any embryo forms. The fact is that in therapeutic cloning, an embryo is never allowed to form and nothing is ever implanted into a uterus."4

Cook is greatly mistaken. A 1997 embryology text states plainly that "The study of animal development has traditionally been called embryology, referring to the fact that between fertilization and birth the developing organism is known as an embryo."5 So let's be very careful and pay attention to what is said. Some are trying to manipulate the debate by changing the "facts." We must promote the incredible success and continued promise of adult stem cells while continuing to spell out the long term peril of embryonic stem cells.

The original version of this article is found at www.probe.org/the-continuing-controversy-over-stem-cells/. Articles and answers on lots of topics at Probe.org.