9. Tel Dan—Worshipping At The Altar Of Convenience

The Tel Dan Nature Preserve draws the locals as well as the travelers. It always has. 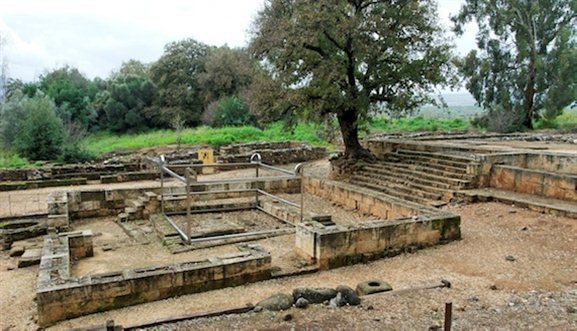 Photo: The high place and altar at Tel Dan. Courtesy of the Pictorial Library of Bible Lands. (BiblePlaces.com)

In natural beauty, Tel Dan has few rivals in Israel. For the ancients, it had everything necessary for abundant living.

While the Hebrews in the south worshipped in Jerusalem, the natural beauty of Tel Dan in northern Israel offered an irresistible alternative. It was picturesque. It was convenient. It was invigorating.

And it was a complete compromise of God’s will.

In a land where water is life, it’s no wonder the ancients venerated this area as sacred. Tel Dan offers the largest of four tributaries that form the headwaters of the Jordan River. The nearby Banias Spring ranks second.

·         When Joshua parceled out the Promised Land, the tribe of Dan received a wide strip that extended west from the Tribe of Benjamin to the coastal plain at Jaffa (Joshua 19:40-46).

·         But the combination of the locals who pushed the tribe into the hill country, as well as the presence of the International Highway that remained the envy of all local and foreign powers, the location proved to be more than Danites could endure (Judges 1:34).

·         Leaving the land the Lord had allotted them, they migrated north and conquered Leshem, or Laish, and renamed it Dan (Joshua 19:47).

·         In addition to abandoning their territory, they also abandoned the God of Israel and erected a graven image to worship (Judges 18:27-31). 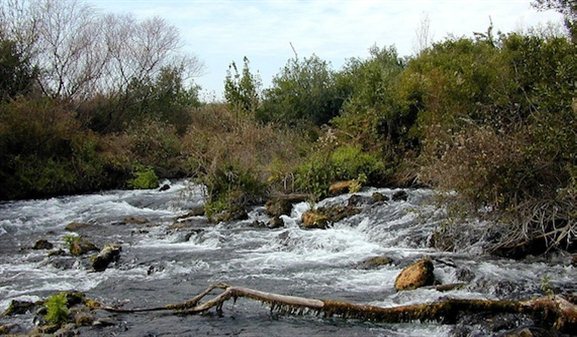 From days of the Judges, through the reigns of Saul, David, and Solomon, the phrase, “from Dan to Beersheba,” represented the practical north-south borders of the united kingdom of Israel (Judges 20:1; 2 Samuel 24:2; 1 Kings 4:25).

After the reign of King Solomon, the nation divided—and there arose a practical problem.

The problem? There was only one place God allowed for worship—the Temple in Jerusalem.

Jeroboam’s fear that his subjects would worship in Jerusalem gave rise to the greater fear that they might also return their allegiance to the southern kingdom. So Jeroboam made two golden calves and told his people,

“It is too much for you to go up to Jerusalem; behold your gods, O Israel, that brought you up from the land of Egypt.”—1 Kings 12:28

He set up one of the calves at Bethel on the way to Jerusalem. The other one he set up at Dan. 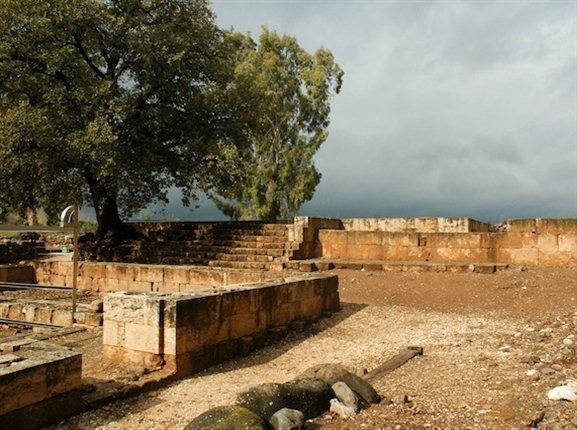 Photo courtesy of the Pictorial Library of Bible Lands. (BiblePlaces.com)

In addition to the alternative place of worship, Jeroboam also introduced an alternative priesthood as well as an alternative month. While the Scriptures indicated that the High Holidays should be celebrated in the seventh month, Jeroboam instituted worship in the eighth month (1 Kings 12:31-32).

·         Cultic implements were discovered there, including a small horned altar, an incense holder, and the only 8th-century incense shovels yet discovered in Israel.

·         Archaeologists also unearthed one horn of the main altar, the proportions of which betray an altar that once stood ten feet tall. A massive metal frame represents these dimensions for visitors today. Remnants of two sets of stairs at the corners show how the priests accessed the altar.

Today, only the locals and the travelers come to the Tel Dan—just as they always have. Worshippers come no longer. Instead, what remains are the springs that feed the Jordan River, stories that enrich our understanding of ancient history, remains that contribute to Israel’s archaeology, and lessons of the futility of substituting anything for the worship of God.

By providing alternative places of worship, Jeroboam appealed to the laziness of the human spirit. Worshipping at Tel Dan was far more luxurious than Jerusalem. And worshipping at Bethel was more convenient. Substituting the priests, the feast, the places—all were outside of God’s will.

The world, the flesh, and the devil will always tempt us with Jeroboams words: “It is too much for you to go up to Jerusalem!” Sin always provides a substitute more convenient and more attractive to our flesh.

1.      A closer church—but it doesn’t teach the Bible accurately.

2.      An attractive or clever spouse—who isn’t a Christian.

Our relationship with God must remain a matter of obedience before convenience. In the end, we find it far more satisfying.