Everybody uses a calendar.

Some hang it on the wall with pictures of puppies, landscapes, or old cars. Others use Google Calendar or carry their schedules on their smartphones. Some do all of these. But everybody uses a calendar. We have to. 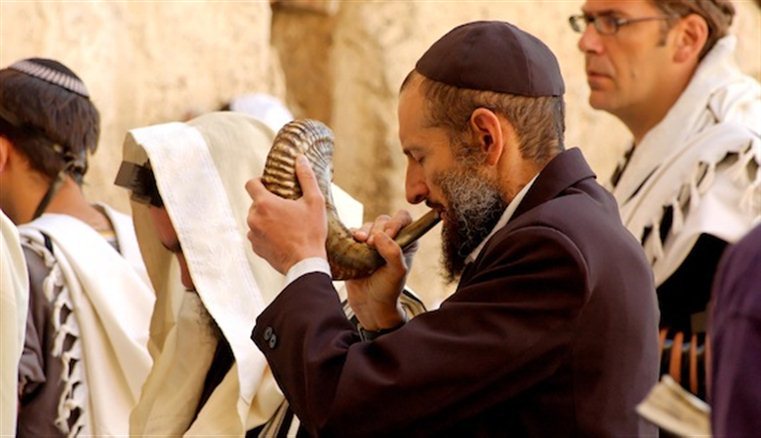 Without this simple tool, our lives would be chaotic. A calendar organizes our days for religious, business, or personal reasons. In fact, most of us operate with several calendar systems at the same time. My calendar year begins in January, but I also march to a fiscal year, a school year, and occasionally, a leap year.

But as God’s people—just like the Hebrews of old—a calendar does much more than keep us on schedule.

It reminds us of things we’d better not forget.

Originally, the Hebrews celebrated their New Year in the month of Abib (March-April), according to the time of the Exodus and Passover (Exodus 12:1-2; 23:15).

·         The purpose of making Abib the first month had a historical, spiritual, and agricultural reason. For it was then, God told them, “you came out of Egypt” (Exodus 23:15).

·         Passover and the Feast of Unleavened Bread gave a consistent, tangible reminder that the God who redeemed them from Egypt also provided their sustenance each year.

Today, however, the Jewish New Year of Rosh Hashanah is celebrated in the fall—in the month of Tishri—and is connected to the Feast of Trumpets. The feasts in the spring as well as in the fall have always pointed the Jews to the inseparable connection between the land, its produce, and the God who gave it to them.

The Gezer Calendar (Not Geezer)

The agricultural calendar of Israel shows itself clearly in an epigraph discovered in 1908 at Tel Gezer.

·         Called the “Gezer Calendar,” this limestone tablet represents our earliest example of Hebrew script, dating to the time of King Solomon in the 10th-century BC.

·         Some have suggested the inscription represents a schoolchild’s exercise or mnemonic device designed to assist in remembering the months of the year. 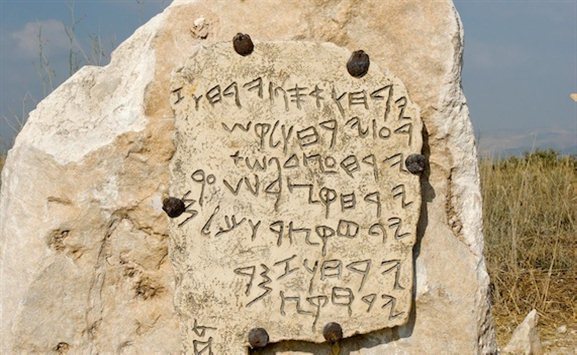 Photo: Large replica of the Gezer Calendar. Courtesy of the Pictorial Library of Bible Lands. (BiblePlaces.com)

The Gezer Calendar clearly delineates twelve months and matches the agricultural progression that occurs in the land of Israel beginning in Tishri, or September.

The Feast Of Trumpets

September’s Feast of Trumpets was originally intended to call God’s people together in preparation for Yom Kippur—the annual day when the Lord would forgive sins on the basis of the shed blood of a sacrifice God required (Leviticus 16:30). “Blow the trumpet at the new moon,” Asaph wrote, “At the full moon, on our feast day” (Psalm 81:3).

Priests would blow trumpets to announce the Sabbath and the start of festival days. The Feast of Trumpets especially relates to this act:

“Speak to the sons of Israel, saying, ‘In the seventh month on the first of the month you shall have a rest, a reminder by blowing of trumpets, a holy convocation. You shall not do any laborious work, but you shall present an offering by fire to the LORD.’” — Leviticus 23:24-25; cf. Numbers 29:1-6

Today, the blowing of the shofar during Elul—the month prior to Rosh Hashana—traditionally calls the people to self-examination in preparation for the Day of Atonement, or Yom Kippur.

On Rosh Hashana, participants add a prayer service to the regular services, read poems, eat symbolic foods, and exchange traditional greetings. On the first day of Rosh Hashana, many Jews engage in a ritual called tashlikh (“casting off”). Participants pray near natural flowing water and symbolically “cast off” their sins in the water. 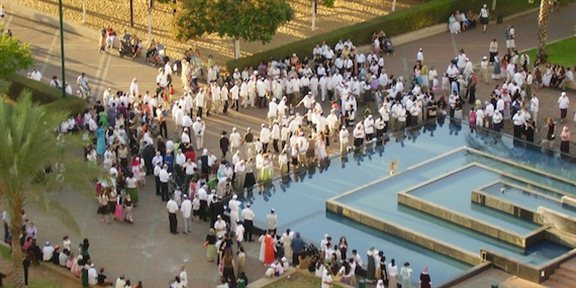 The ritual often includes reading the words from Micah 7:18-19:

“Who is a God like You, who pardons iniquity and passes over the rebellious act of the remnant of His possession? He does not retain His anger forever, because He delights in unchanging love. He will again have compassion on us; He will tread our iniquities under foot. Yes, You will cast all their sins into the depths of the sea.” —Micah 7:18-19

All of the feasts find their fulfillment in the Messiah. The Feast of Trumpets points to the time when the trumpet of God will sound and call His people together into His presence at the Rapture (1 Thessalonians 4:13-18).

It’s Time To Start Over

The calendars on our walls and on our smart phones do more than keep us at the right places at the right times. They also help to keep us in the right frame of mind. 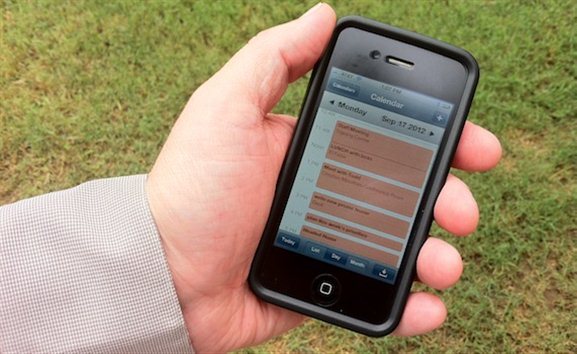 Holidays remind us of essential priorities in life–like God.

As holidays and holy days come around each year, they remind us of the essential themes of life we would otherwise neglect in our busy schedules—themes like family, faith, and the forgiveness God offers.

One of the greatest reminders from Rosh Hashanah each year is that it is never too late to start over with God.