It’s a place between important places. Few individuals, if any, journey there directly. Most would miss it, in fact, if they didn’t know to look.

Modern commuters along Israel’s Route 1 motor by the site every day, their minds on their routines. Even tour buses rarely point to the place, much less stop there. 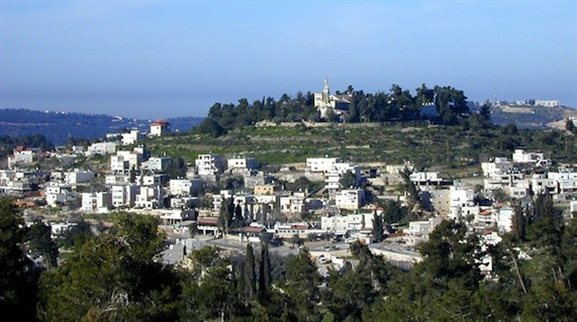 The tourists who do pull over often do so only to snap pictures at the Elvis American Diner (also known as the “Elvis Inn”). A 16-foot-tall bronze likeness of Elvis Presley greets every visitor. Inside the diner, Elvis music is all they hear as they eat their Elvis Burgers. But Elvis isn’t what makes this hill noteworthy.

Around the corner from the offbeat diner, near the modern Israeli Arab village of Abu Gosh, sits the site so few see and even fewer visit—the biblical site of Kiriath Jearim.

You’d never know by looking, but the physical symbol of God’s presence in Israel rested for about a century on this overlooked hill. (Tweet that.)

During the time of Israel’s judges, the tribe of Dan camped west of Kiriath Jearim at Mahaneh-dan (Judges 18:12). They had abandoned their inheritance along the coast for the greener pastures below Mount Hermon.

Kiriath Jearim’s primary significance in biblical history stems from the Ark of the Covenant staying there in “the house of Abinadab on the hill” (1 Samuel 7:1). The modern name of the site in Arabic is Deir el-Azar, perhaps indicative of Abinadab’s son’s name, Eleazar, who watched over the ark. 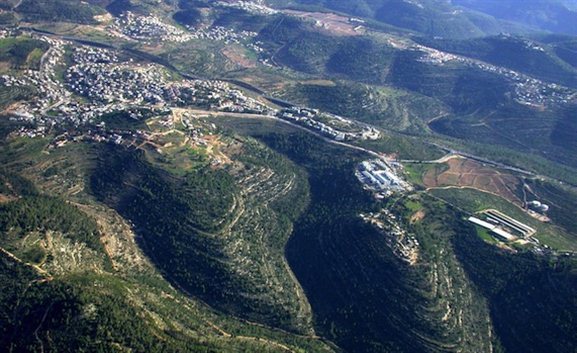 Photo: Kiriath Jearim from the north. Courtesy of the Pictorial Library of Bible Lands. (BiblePlaces.com)

As it turns out, Elvis isn’t the only “king” to grace Kiriath Jearim. King David descended from Jerusalem in order to bring the ark up into the tent he had pitched for it (1 Chronicles 13 and 15; 2 Chronicles 1:4).

Most people who drive by the hill today may recall the more recent history of the area. The highway bears the scars of Israel’s War of Independence and has the name in Hebrew, Shaar HaGai, and in Arabic, Bab El Wad (“The Gate of the Valley”).

·         During the war, Arab snipers’ control of the highway gave them a strong advantage in cutting off the Jewish supply line to Jerusalem and procuring a bona fide siege much like the city endured in ancient times. The skeletons of convoy vehicles still strewn along the highway give silent testimony to the arduous—if not, almost impenetrable—ascent this road represented.

·         The movie, Cast a Giant Shadow, starring Kirk Douglas and John Wayne, highlights the importance of this road. (You can watch the movie here.)

Today, a beautiful church dominates the hill of Kiriath Jearim and provides a convenient landmark from the passing highway. The name of the church is fairly easy: Our Lady of the Ark of the Covenant Church.

·         The church sits over the ruins of a fifth-century Byzantine church, the remains of which a farmer discovered by accident a little more than a century ago as he cultivated the summit of “the hill”—the place where the house of Abinadab probably resided (1 Samuel 7:1).

·         Atop the modern church, a statue features Mary standing on the Ark of the Covenant. The name of the church makes sense after seeing the statue. 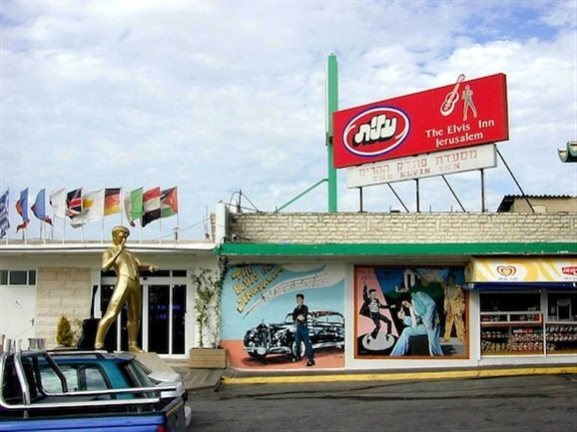 Photo: Courtesy of the Pictorial Library of Bible Lands. (BiblePlaces.com)

I enjoyed my overnight stopover at the Moshav Yad HaShmona, located on an adjacent hill. The moshav allows visitors the opportunity to stay in beautiful guesthouses not far from Jerusalem.

·         The community offers an educational experience for guests, including features of biblical culture and horticulture, like a wheat field, a threshing floor, grapevines, a watchtower, olive trees, an olive press, and winepresses.

·         Visitors can experience biblical customs of ancient Israel and can see reproductions of Bedouin tents, a Galilean synagogue, and even a burial cave. A marvelous experience—not to be missed.

No one can tell just by driving by today, but believe me, there’s much more to experience at Kiriath Jearim than Elvis burgers.

King David had correct motives in wanting to move the Ark to Jerusalem, but God had given specific instructions as to how the Ark should be transported (Exodus 25:14-15; Numbers 3:30-31; 4:15; 7:9). Because no one paid attention to these essential instructions, a man named Uzzah died.

One of King David’s admirable qualities was his heart to repent. He didn’t throw up his arms and toss God aside after Uzzah’s death. David understood that Uzzah’s death occurred because they had failed to obey—even though what they wanted to do stemmed from godly motives.

Just as running a red light unaware is still illegal—and still punishable—so also we are held to God’s standard whether or not we know it. Ignorance is no excuse.

Grace shows us the way to meet God’s standard. (Tweet that.)

Certainly, the Lord evaluates whether or not we have disobeyed willfully or out of ignorance—and He disciplines accordingly. However, this story reminds us that God’s Word was given that we would learn His commands that reflect His character.

The responsibility remains ours to learn God’s Word—and to follow it.  Uzzah didn’t have to die. The instructions were right there in the Bible.