On the monochrome landscape north of the Dead Sea, a conspicuous green splotch appears at the western edge of the Jordan Rift Valley.

“The city of palm trees” exemplifies what we imagine when we picture an oasis. 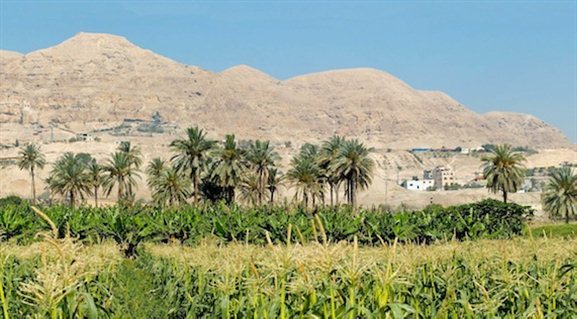 Jericho’s date palm trees have roots that stretch toward a source of fresh water that has turned a desert into a garden. Visitors to Jericho, or Tell es-Sultan, can see the perennial spring that supported the city for centuries and provided a splendid irrigation system, distributing water to the plain as well as to all travelers in antiquity. Likely, Prophet Elisha purified this spring (2 Kings 2:21).

The “oldest city on earth” also sits as the lowest one—at more than 800 feet below sea level. Jericho owes its existence to the spring, to be sure. But the city also sits at the base of the primary roads that ascended from the Jordan Rift valley up to the Hill Country of Judea. Anyone crossing the Jordan River from the Plains of Moab had Jericho to face.

The walled city stood as a strategic roadblock that no one passing could ignore.

The favorite Bible story of many children remains Jericho’s most renowned event—the day its walls came tumbling down (Joshua 6). When Joshua and the nation of Israel crossed the Jordan River from the east, only Jericho stood between them and the Promised Land.

The archaeologist’s spade has excavated Jericho more than any other site in Israel—except Jerusalem. The tell sits as a 10-acre mound, about as big as two city blocks, with more than 26 separate layers of occupation beneath its topsoil.

·         During her excavation, Kathleen Kenyon discovered a Neolithic tower 26-feet in diameter and 26 feet high, which she dated to 8000-7000 BC. The purpose for this tower still bewilders most archaeologists. This discovery and its alleged date offer the basis for Jericho’s fantastic boast as being “the oldest city on earth.”

·         Most recently, Italian archaeologists have done significant work at the tell, finding remains from the Early and Middle Bronze periods. 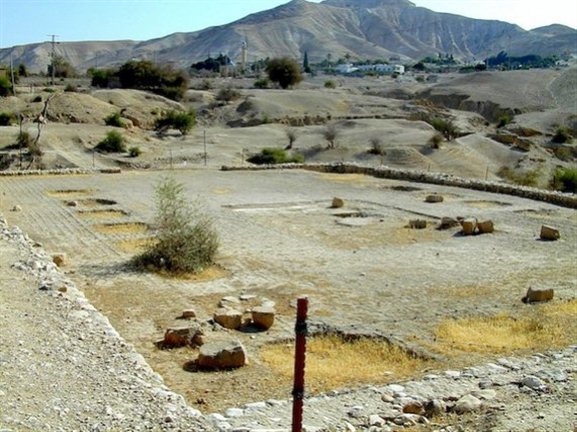 Archaeologists have identified a large revetment wall, dating to the Middle Bronze period, composed of massive stones which supported the slope of the tell below a mudbrick wall.

Although archaeologists agree the wall fell down, they disagree on when it occurred. Most scholars hold to Kenyon’s conclusions that Jericho fell in the mid-16th century BC, and no city even existed when Joshua showed up.

Dr. Bryant Wood has effectively demonstrated that the massive stores of jars still filled with grain, found by Garstang and Kenyon, represent a city not destroyed by siege, but by battle after the spring harvest.

“The pottery, stratigraphic considerations, scarab data and a Carbon-14 date all point to a destruction of the city around the end of Late Bronze I, about 1400 B.C.E.” —Dr. Bryant Wood

Most scholars disagree with the biblical chronology that the conquest began in 1400 BC, preferring instead a date of 1250-1200. The debate continues to this day.

The evidence does give credence to the biblical record as being more than mere myth or fable—but history.

The video, “Jericho Unearthed,” effectively demonstrates that the Bible and Jericho’s archaeology do indeed match. You can purchase the DVD or watch it online through Amazon instant video.

Jericho In The Time Of Jesus

In the 1st-century BC, Herod the Great leased the area near ancient Jericho from the Egyptian Cleopatra. After her suicide in 30 BC, Octavian gave Jericho to Herod.

The master builder constructed a posh winter palace, complete with aqueducts to irrigate the area.

·         The massive complex boasted large bathhouses and an immense reception hall with mosaics, frescos, and gold and marble columns.

·         The opulent palace straddled the ancient road that led from Jericho to the Wadi Qilt and up to Jerusalem.

In the first century AD, Jesus and His disciples would have walked this road on their way up to the Holy City where Jesus would die for our sins (see Matthew 20:29; Mark 10:46; Luke 18:35). Modern guides parade tourists by an old sycamore tree that stands as a reminder of the one Zacchaeus climbed the day Jesus passed through the city (Luke 19:1-4).

Jericho And The City Of Pilgrims Today

For years, Jericho fell off the tourists’ itinerary because the area’s political climate was as hot as the valley in which it sits.

·         Recently however, level heads have cooled, and the area now offers more access to visitors willing to change buses and guides.

·         The site offers an air-conditioned introductory video as well as a number of on-site interpretive signs and diagrams.

·         It’s still a good idea for a visitor to know what he or she is looking for before visiting the tell.

Thousands of years ago, Joshua and the nation of Israel came to Jericho. Because they did, thousands of pilgrims, tourists, and visitors come today where the ancient spring still flows. “The City of Palms” has become the city of pilgrims.

Devotional Though For Jericho

When Jesus and His disciples came to Jericho, blind Bartimaeus heard of Jesus coming. He shouted again and again, “Jesus, Son of David, have mercy on me!” (Mark 10:47-48).

“What do you want me to do for you?” Jesus asked him. Bartimaeus had just told Jesus what he wanted: he wanted Jesus’ mercy so that he could see again.

Perhaps Jesus asked the question because He had just asked the same question to the disciples (Mark 10:36). Their answer was nothing like Bartimaeus’ reply. Instead the disciples had requested Jesus give them glory.

When you ask Jesus for something, which prayer do you resemble?

These two responses, side by side in Mark 10, are intended to teach us the proper response.