11. The Garden Tomb—Contemplating The Resurrection Of Jesus

Beside a busy street and noisy bus station in Jerusalem, a tall rock wall encircles a garden. An oasis of sanctity and cessation in a city that feeds on frenzied tourists. 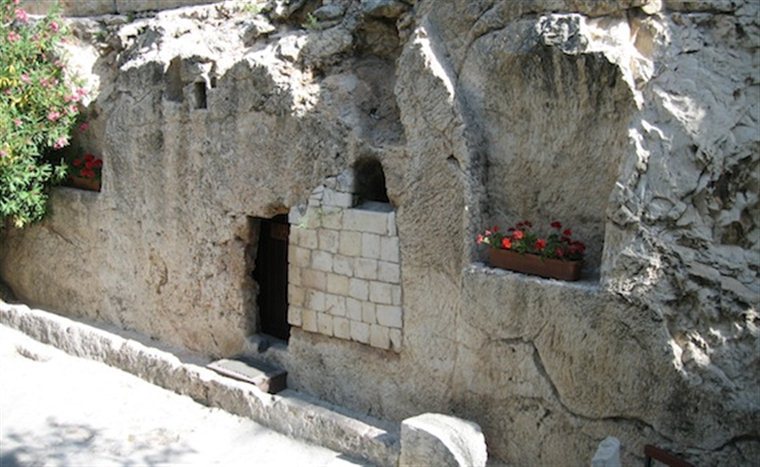 Photo: The Garden Tomb in Jerusalem

After entering, I felt the tension of my hurried pace leave me. I traded the noisy city and dirty streets for flowers, butterflies, gravel pathways, and stone steps. Everything lovely about a garden filled my view.

It’s no wonder many believe the Garden Tomb to be the tomb of Jesus. Like the tomb described in the gospel accounts, the Garden Tomb lay outside the city walls and along a road. It is hewn out of the stone and has a rolling stone entrance. A garden surrounds it.

Based on its tranquil setting, it has a lot going for it. But then there are the rest of the facts.

In 1883, General Charles Gordon pointed to a rocky outcropping near an ancient tomb and noted how the recesses in the cliff resembled the eye sockets of a skull. 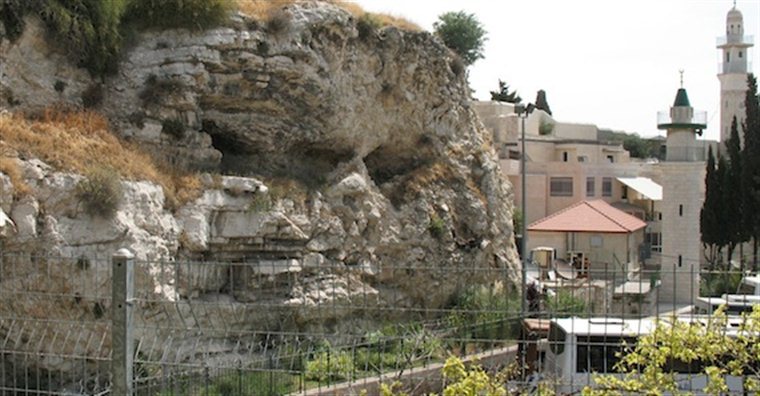 Photo: Some believe Gordon’s Calvary resembles the eye sockets of a skull.

The New Testament doesn’t indicate whether the site looked like a skull or simply adopted on the name as a place of execution. But that didn’t matter. After Gordon’s discovery, many assumed the site authentic. Nearby in the Church of St. Stephen, ruins of a Byzantine church revealed a tombstone with the inscription: “Tomb of the deacon Nonnus Onesimus of the Holy Resurrection of Christ and of this monastery.”

The Anglican Church thereafter adopted “Gordon’s Calvary” and the Garden Tomb as the authentic site of the death and resurrection of Jesus, and they raised money to purchase the plot. However, the levelheadedness of history and archaeology begged to differ—and ultimately prevailed. To their credit, the Anglican Church no longer officially holds that the Garden Tomb represents the site of the burial and resurrection of Jesus.

The Garden Tomb’s two hewn chambers lie adjacent to each other inside the tomb. Upon entering, the small vestibule allows room for half a dozen visitors to look right at the gated burial chamber.

·         In spite of one prominent archaeologist’s assessment that the Garden Tomb dates to the first century, the tomb actually represents a typical 7th-century BC tomb.

Photo: Interior of the Garden Tomb, courtesy of BiblePlaces.com

History and archaeology credibly point to the Church of the Holy Sepulcher as the authentic site of Jesus’ death and burial. But that doesn’t make worshiping there easy.

What’s more, the fistfights among those who vie for power over the church offer an embarrassing witness to a watching world. Right where Jesus died for sins, Christendom transgresses and shows its need for it. How ironic—and how tragic.

The Garden Tomb offers a much better alternative for meditation on the resurrection of Jesus.

·         The serene surroundings include a peaceful garden with fragrant flowers, benches for relaxation and reading, pathways for strolling and prayer, and high walls to block out the cacophony of the unsightly surrounding streets.

·         Individuals may take a self-guided tour with a brochure or join a group tour every half hour. The Garden Tomb Association guides all English-speaking visitors, but guests speaking other languages may use their own guides. Visiting groups require advance reservations. 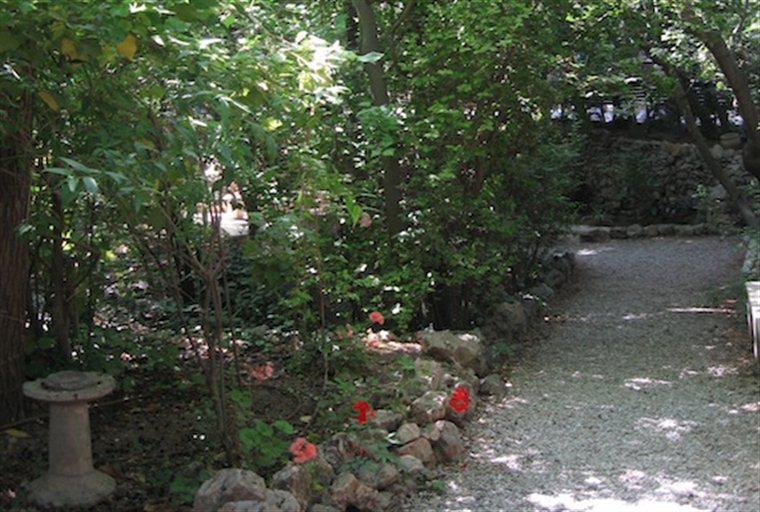 Photo: The beautiful rock pathways around the Garden Tomb

In my many visits to the Garden Tomb, I have only had one guide tell me the tomb was the tomb of Jesus—and that visit was in 2000. Since then, each guide has expressed that the Association makes no official claim that the tomb represents that of the resurrection of Jesus.

“The important thing is,” they always point out, “the tomb is empty.”

There is no better oasis in Jerusalem than the Garden Tomb to contemplate the central truth of Christianity’s faith—the death, burial, and resurrection of Jesus.